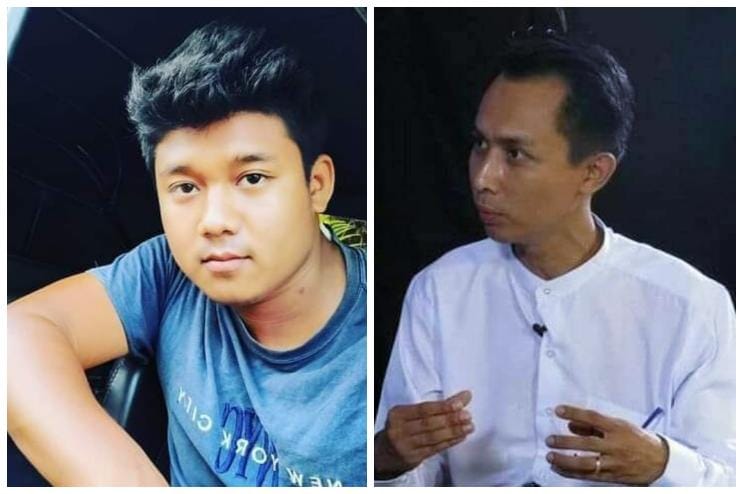 Ko Sein Chit and Ko Ye Naing Oo, who were arrested last month on suspicion of having links to the anti-regime People’s Defence Force (PDF) and charged under Section 52(a) of the Counter-Terrorism Law, appeared before a court in Thandwe Township, Arakan State, on Monday.

A case management meeting was held during the hearing and prosecution witness Captain Nay Zaw Htet from the Myanmar military’s Light Infantry Battalion No. 55 based in Ngapali town was examined, said Daw Theingi Maung, a lawyer involved in the case.

Ko Sein Chit, a social activist, was arrested at his home on October 9 for alleged ties to PDF members who were previously detained in Maubin town, Ayeyarwady Region. Ko Ye Naing Oo, a three-wheeled taxi driver, was detained by police for allegedly having close contact with Ko Sein Chit.

The next court hearing has been scheduled for December 12 and other prosecution witnesses are due to be questioned at that hearing.

The allegations against the two men are not true, said Ko Ye Naing Htwe, the younger brother of Ko Ye Naing Oo.

Two women and a 17-year-old girl in Thandwe Township were arrested on suspicion of having PDF ties and were charged under the Counter-Terrorism Law on November 3, and their conditions are still unknown.

At least six people in Arakan State — five from Thandwe Township and one from Mrauk-U Township — have been arrested on suspicion of PDF affiliations and charged under the Counter-Terrorism Law.