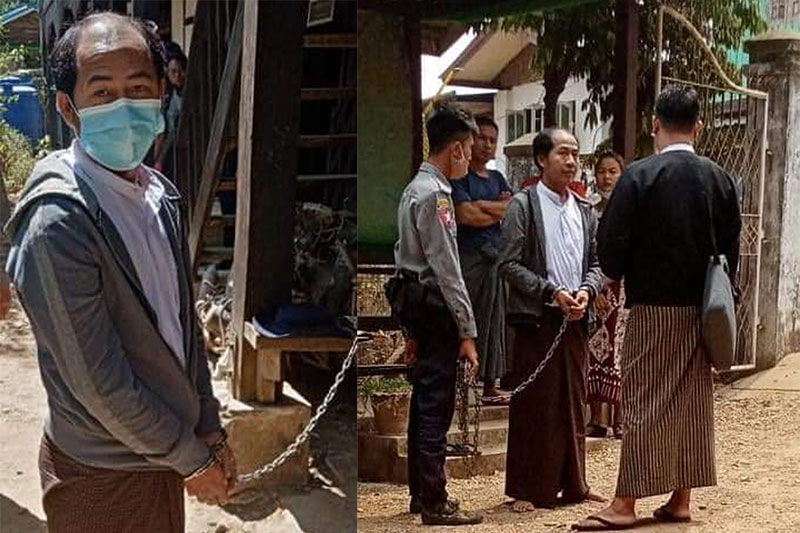 The Matupi District Court is set to deliver a final ruling in the appeal of Ko Tin Tun Aung, a resident of Paletwa, Chin State, who has been sentenced to three years in prison for incitement, at the next hearing, according to family members.

Both sides argued whether the verdict should be amended officially or not during the latest hearing on June 3, and the court scheduled the next hearing for June 17, said U Min Aung, an elder brother of Ko Tin Tun Aung.

“Both sides submitted appeals to the court and the next hearing in the case was scheduled for June 17. The court is expected to deliver a final verdict during the next hearing,” he told DMG.

Ko Tin Tun Aung was arrested on December 28 after telling the Arakan State-based media outlet Western News that a white flag had been seen flying over a hill where a military battalion was stationed in Paletwa Township. Ko Tin Tun Aung was charged under Section 505(a) of the Penal Code by Captain Tun Tun Naing from the Myanmar military on March 17.

The Paletwa Township Court sentenced Ko Tin Tun Aung to three years in prison with hard labour on April 5, and he is currently being held at Sittwe Prison.

The Matupi District Court on May 13 accepted the appeal of Ko Tin Tun Aung.

“I think he [Ko Tin Tun Aung] can be acquitted or his sentence reduced. I think the sentence handed down by the court was severe. Family members are hoping he will be acquitted,” Ko Min Aung said.

The military’s Major Phone Myat Kyaw has also opened a case against the chief editor and a reporter of Western News under Section 124(a) of the Penal Code for its reporting on the hoisting of the white flag.