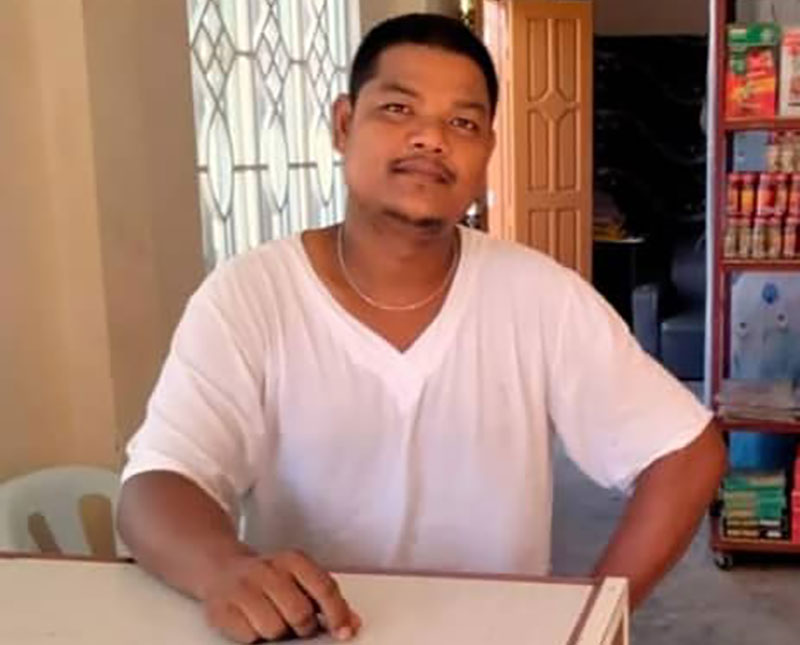 The military junta has accused Phoe La Pyae aka Kyaw Zan Wai aka Ko Yin Hsot, of using the KYAW ZAN WAI Facebook account to incite and spread propaganda with the intention of disrupting national peace and stability.

He was taken from his home in Mrauk-U’s Taungyat ward by junta soldiers at about 7 a.m. on September 4 and the military council did not mention under which section the case was opened against Ko Kyaw Zan Wai.

Ko Kyaw Zan Wai was reportedly charged under Section 505(a) of the Penal Code, according to a source close to the accused.

“He [Ko Kyaw Zan Wai] was sued under Section 505(a) of the Penal Code,” a military source said. “He was remanded until September 19 and is currently held at a military regiment,” the source added.

Family members are reportedly preparing to face the case regarding the alleged case against Ko Kyaw Zan Wai.

“We have not been notified about the case so far. We want to know who files a lawsuit against him. We would like to know under which section the case was filed against him. We will face the case anyway,” a family member said.

Ma Ei Kay Khaing, wife of Ko Kyaw Zan Wai, was taken from her home by police at about 10 a.m. on September 4 for questioning and was released that night.

“She [Ma Ei Kay Khaing] was first taken to Myanmar military’s Light Infantry Battalion No. 377 and was transferred to Myoma police station before being released. She was interrogated about her husband,” a family member explained.

Section 505(a) of the Penal Code carries with it a maximum sentence of two years in prison.