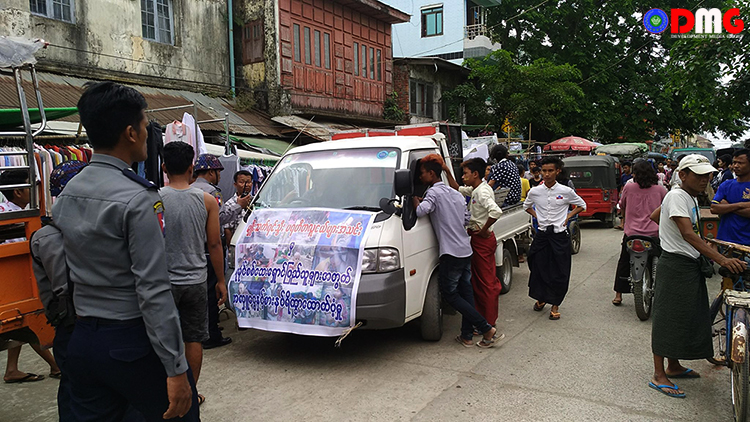 A youth charity group that is collecting funds and donations for war refugees in a market in Sittwe was stopped by local police this morning.

The New Generation of Rakhine Youth Charity Association was blocked by police for fund raising at Zaygyi market in Sittwe Town because they could not show any documents granting them to permission to raise funds for refugees.

“The police do not have an official reason to stop us. They asked if we have permission for raising funds. We told them we didn’t, but we can do it anyway. So, they only told us to go to police station with them,” said Maung Wai, a member of the charity group.

A police officer said that a policeman stopped the youth group for asking for donations without permission and told them to return home.

The state government has also restricted access for international organizations in order to provide humanitarian apart from the ICRC and WFP, there’s also a travel ban to five affected townships in Rakhine State.

The ongoing conflict in the Rakhine State has displaced nearly 30,000 people and they are now in dire need of food and shelter.