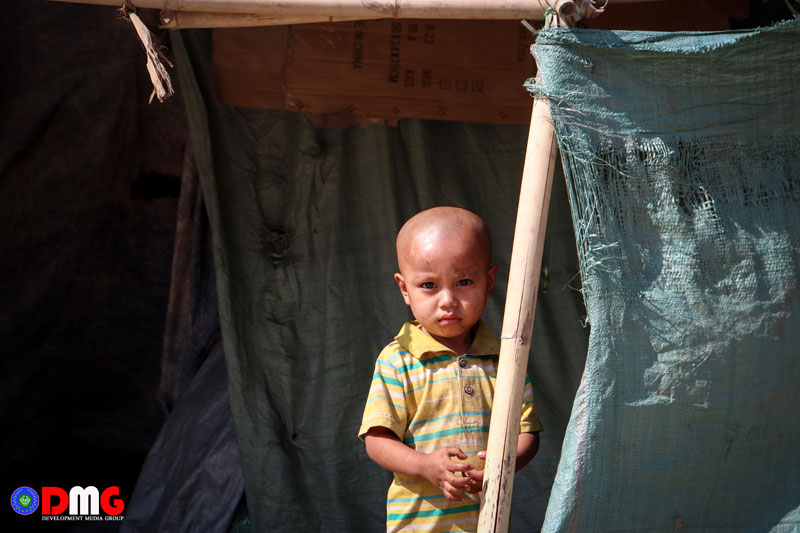 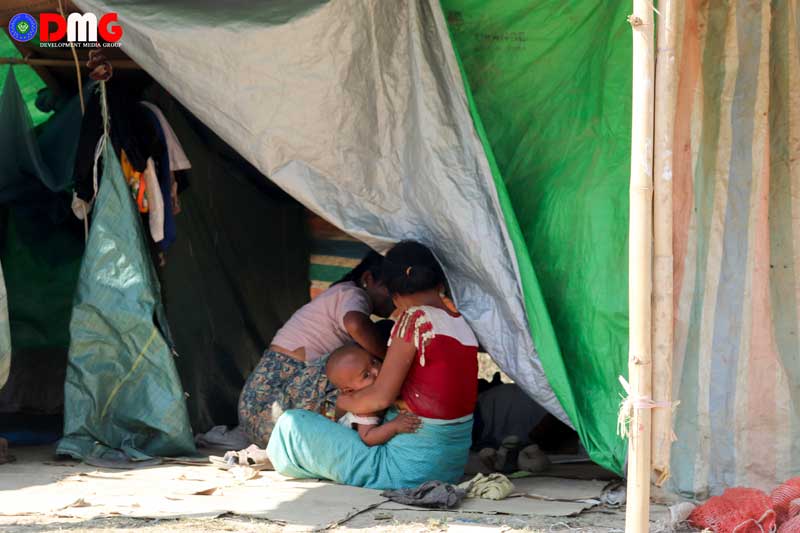 The Arakan State capital Sittwe hosts a large and growing population of internally displaced people (IDPs) who have fled their home towns and villages due to fighting between the Tatmadaw and the Arakan Army. A total of 123 people are sheltering at an IDP camp opened in the Metta Parami Monastery compound, in Sittwe’s No. 2 Set Yone Su Ward. 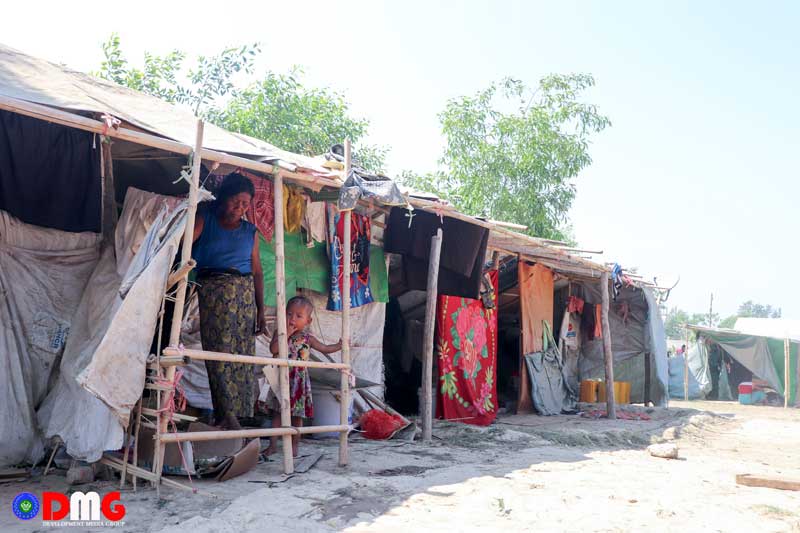 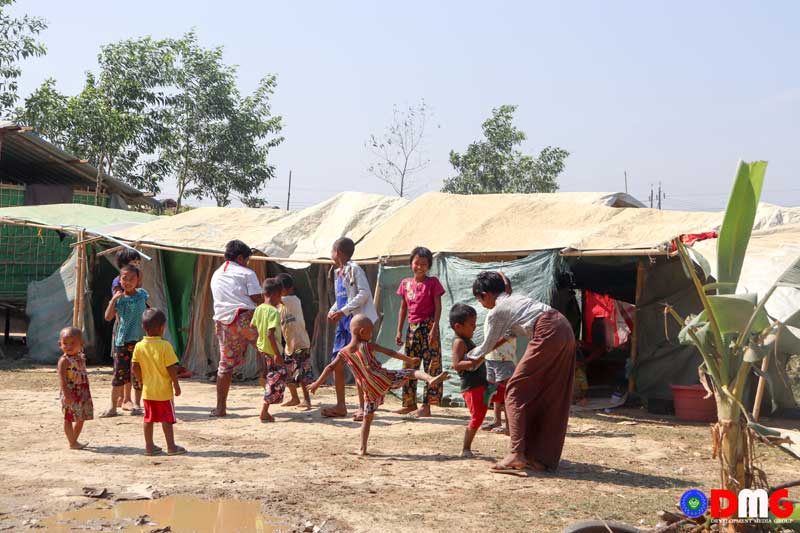 The IDPs have come to the Arakan State capital from war-affected parts of Ann, Myebon, Rathedaung, Kyauktaw, Mrauk-U, Minbya and Buthidaung townships. Here they live in tents roofed with tarpaulin. Mothers with infants are afforded the relative luxury of a space under the monastery building. 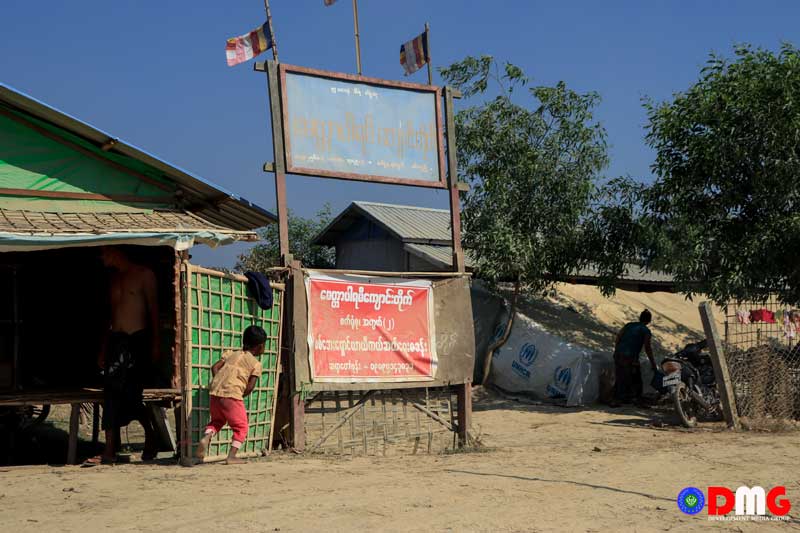 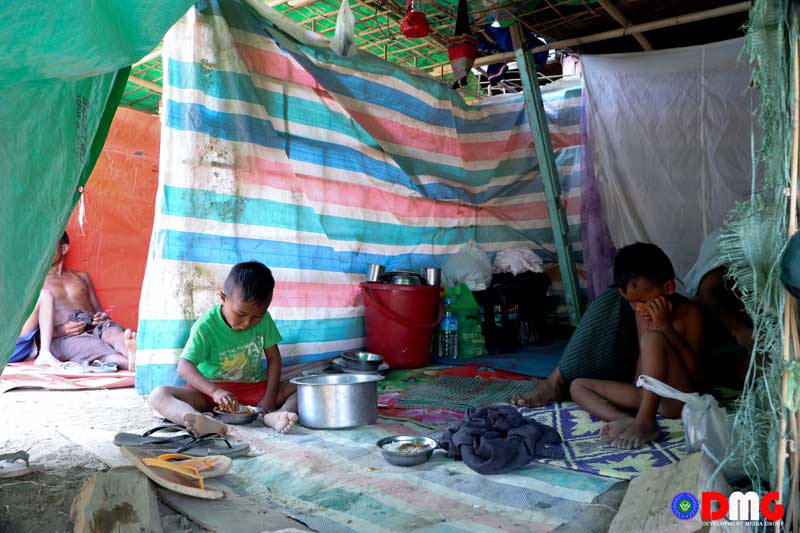 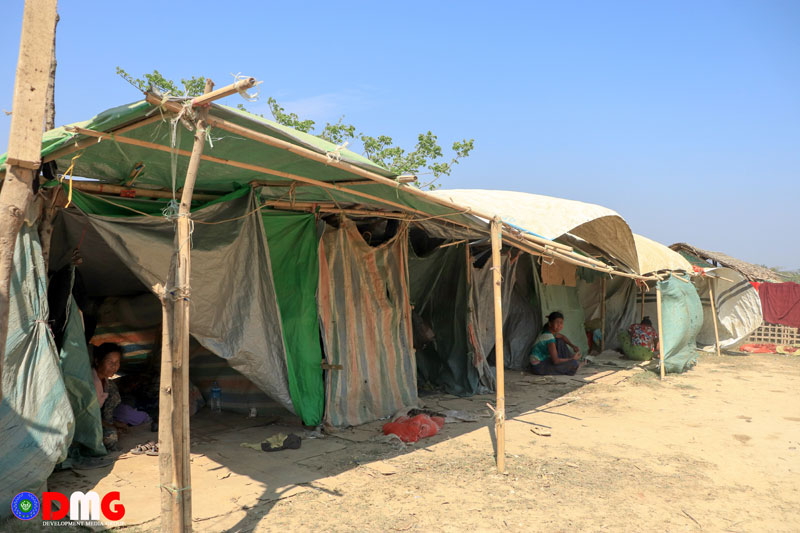 All are facing difficulties reliably accessing drinking water and food to eat. Some IDPs are in need of new tarpaulin to substitute for their old, worn and torn tarps. Some who were their households’ breadwinners in pre-displacement times now work as casual day labourers in the city, but financial hardship is common among the families. According to the Rakhine Ethnics Congress, which has been compiling IDP lists for Arakan State, the number of those displaced by conflict has reached more than 126,000 statewide. 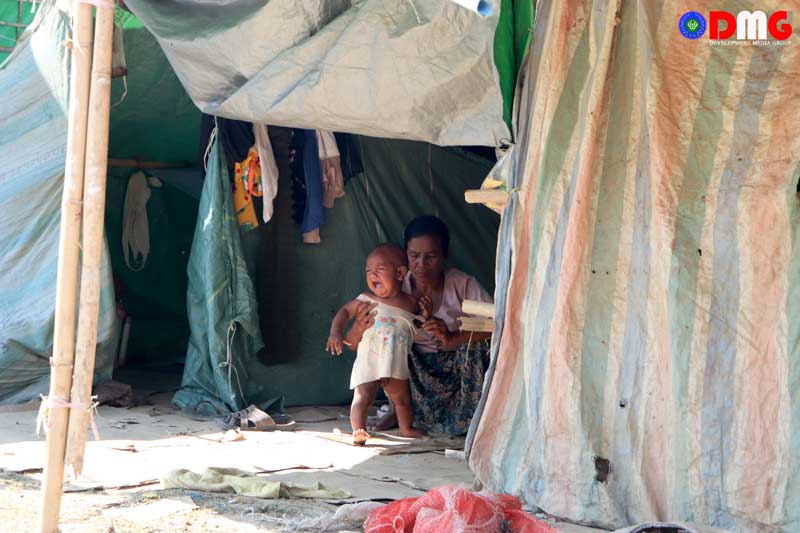 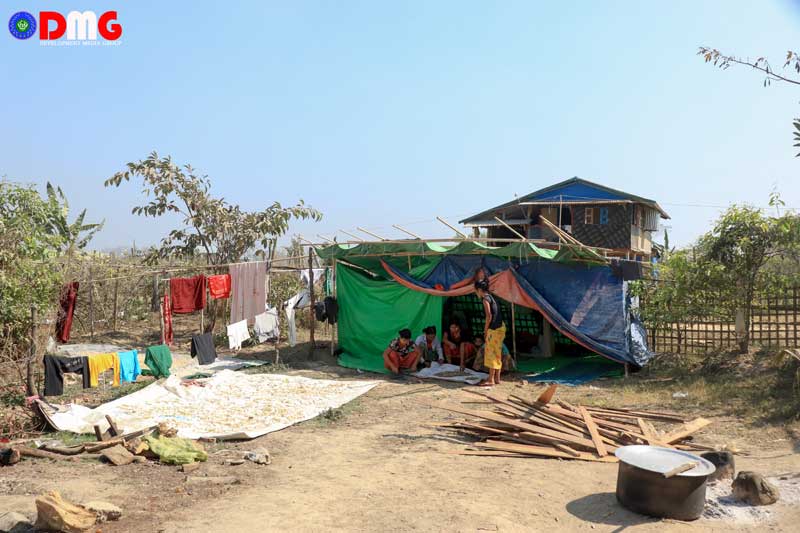 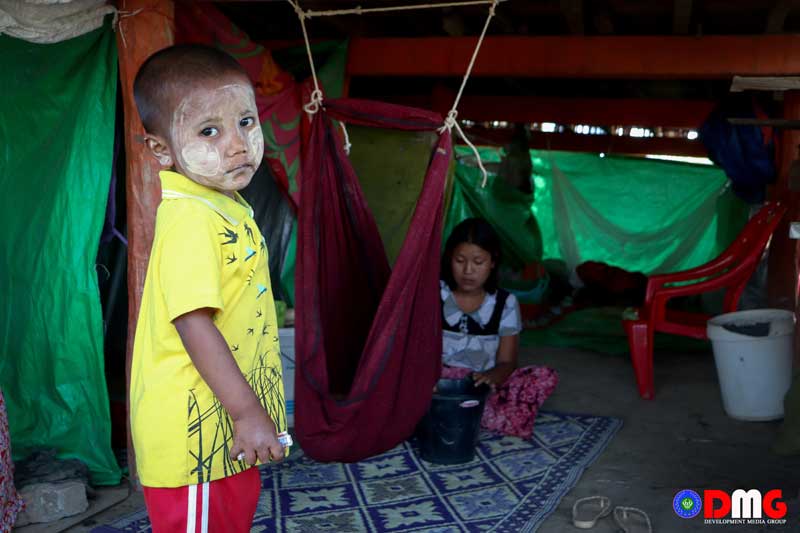