Teacher, two others charged under Counter-Terrorism Law in Maungdaw 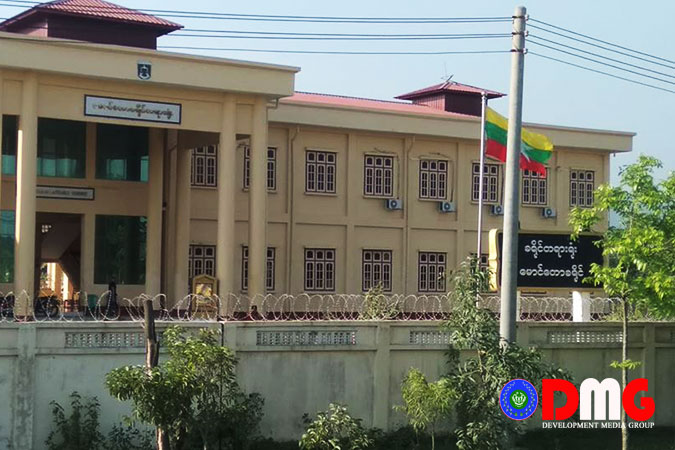 A teacher, an official of a village administration department and another man in Maungdaw Township were charged under sections 50(a) and (i) of the Counter-Terrorism Law at the Maungdaw District Court on May 11.

“The district court has charged the three men. Nyi Nyi Naing is involved in both the cases of the teacher and the village official,” said lawyer U Khin Win, chair of the Maungdaw District Legal Aid Committee, referring by name to the third defendant, a resident of Maungdaw town.

U Kyaw Lin Tun, a teacher at No. 2 Basic Education High School in Maungdaw town, was taken in for questioning by the Pyin Phyu police on March 31, his family members said.

“Pyin Phyu police came and took him to the police station to ask some questions. He was remanded four times and finally he has been charged at the court for an explosion case,” said Ma Nu Hnin Zan, the wife of U Kyaw Lin Tun.

U Aung Hla Thein, an official of the Ngwe Taung village administration department, was taken from his home by Pyin Phyu police on April 4. He also faced police questioning, reportedly on suspicion of involvement in an explosion that took place between Ngwe Taung and Pyar Thar villages.

Ko Nyi Nyi Naing was arrested in March while he was on the way to see his girlfriend at a neighbouring village, said his father U Maung Ngwe Sein.

The Office of the Commander-in-Chief previously said Ko Nyi Nyi Naing was arrested while attempting to lay a landmine along the Buthidaung-Maungdaw road on March 25, with two other men and a woman fleeing the scene.

The next court hearing for the three men is scheduled for May 25, their family members said.

Myanmar’s Counter-Terrorism Law is among the statutes frequently used to prosecute individuals in conflict-wracked Arakan State, where two non-state armed organisations are considered “terrorist groups” by the government.