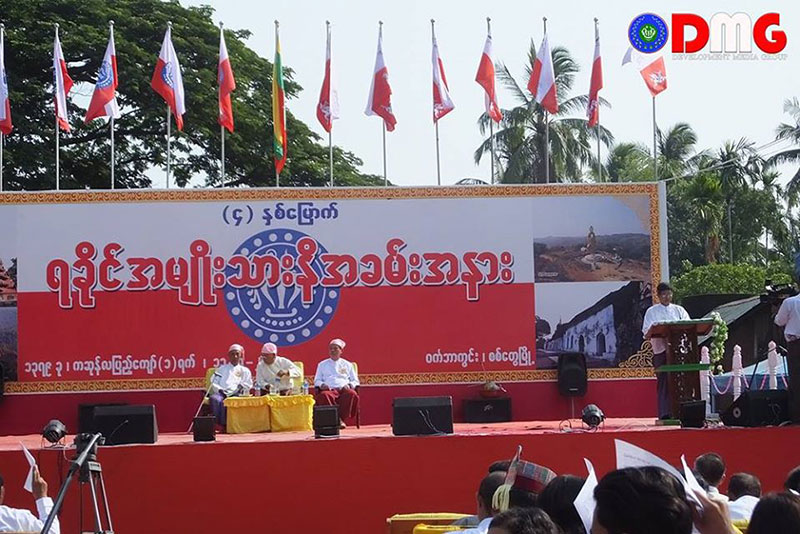 The organising committee for Arakan National Day in Sittwe Township announced that it would not host a commemoration this year because of ongoing conflict in Arakan State, regional instability and weak rule of law.

He added that the COVID-19 pandemic was another factor, given that large gatherings of people are currently prohibited nationwide.

The Arakan National Conference designated Arakan National Day at a conference in Kyaukpyu Township in 2014, and is marked annually on the 1st waning of Kason (June 6), when the sacred Maha Muni Buddha Image is said to have been cast.

Because the day is meant to illustrate unity among Arakan State’s people, U Soe Naing said it was a loss for the state that Arakan National Day could not be celebrated this year of the 7th Anniversary.

The celebration also could not be held in 2019 due to armed conflict in the state.