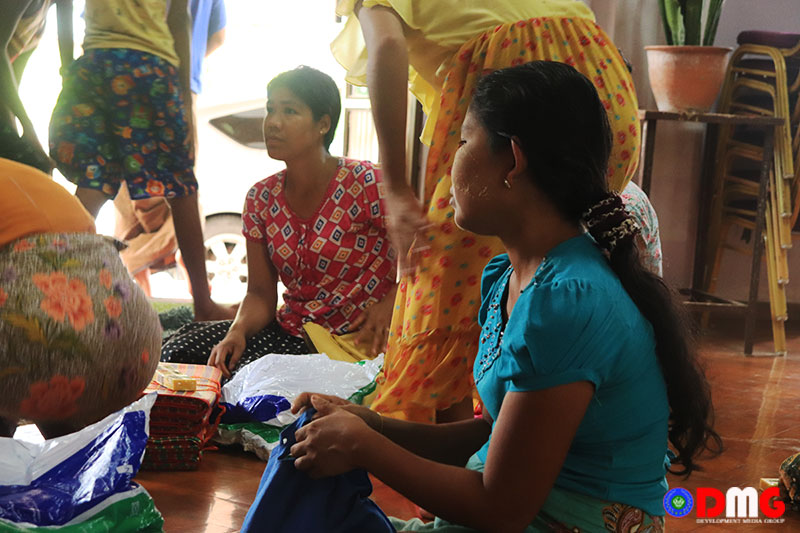 Women who have sought refuge in the Arakan State capital Sittwe, amid conflict elsewhere in the region, are facing livelihood difficulties and say they want more opportunities to work and generate income for their families.

Daw Aye Yin Thein, who is sheltering at an IDP camp in Sittwe’s Amyotha Monastery, said she wanted to earn an income with donor provisioning ebbing.

“We should have a job that generates an income for our family. I have children and an elderly mother. So, I have a lot of things that I need to spend money on,” she said.

According to figures released by the Rakhine Ethnics Congress, more than 150,000 people are taking shelter at IDP camps in Arakan State, 70 percent of whom are women and children.

Daw Aye San Yin, an IDP at Metta Parami Monastery in Sittwe, said she hoped to get a job that allows her to work in the camp.

“I have four children. My husband is working in Malaysia. So, I have to look after my children, but I want to get a job to generate an income,” she said.

There are more than 5,000 IDPs living in Sittwe’s monastery compounds, having fled to the relative safety of the Arakan State capital from Kyauktaw, Mrauk-U, Rathedaung and Minbya townships, according to the REC.