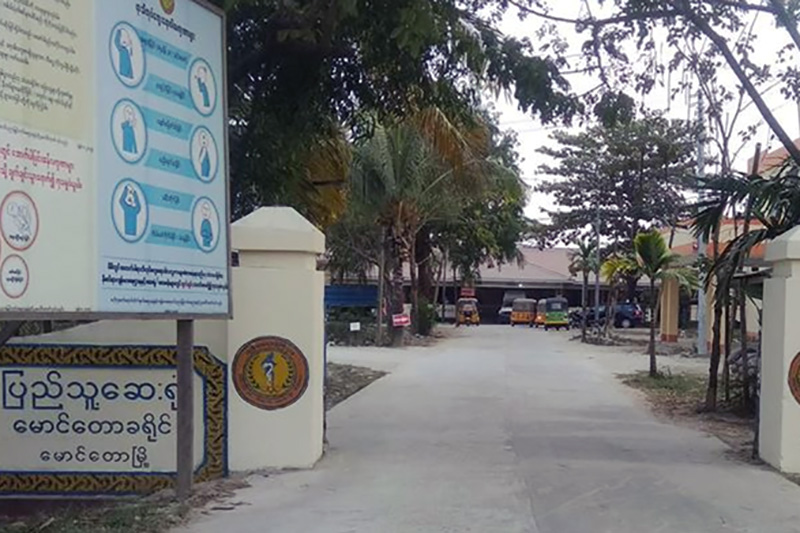 A COVID-19 patient died at Maungdaw District Hospital in Arakan State on November 19, according to the district’s Public Health Department, the third to succumb to the disease at that hospital this month.

“The deceased man came to Maungdaw District Hospital on November 18 after feeling unwell, was found to have tested positive for COVID-19 and took treatment. He died on November 19,” said Dr. Nu Kay Thi San.

“His liver cirrhosis was in the last stage,” the doctor added.

The individual who accompanied the patient to the hospital has been quarantined and is being monitored, Dr. Nu Kay Thi San said.

Maungdaw District Hospital has admitted a total of 375 COVID-19 patients, out of whom 329 have been discharged following recovery.

A 62-year-old Muslim man died at the hospital on November 3 and a 70-year-old woman passed away on November 13, the Maungdaw District Public Health Department said.

Currently, the hospital has 43 patients under treatment and two patients have been given oxygen for significant symptoms of the disease.

According to November 20 figures from the Arakan State Public Health Department, there have been 3,306 COVID-19 infections, with 3,010 patients now discharged from hospitals after recovery and 241 patients receiving treatment.

The Ministry of Health and Sports has urged people not to travel unnecessarily to prevent the spread of COVID-19 in Myanmar.