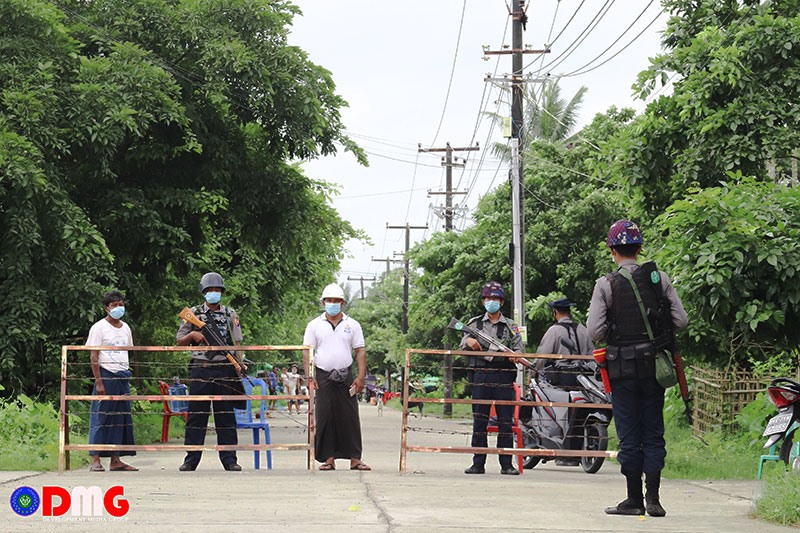 Fatalities from the third wave of Covid-19 in Arakan State on Sunday surpassed the death toll of the pandemic’s first two waves combined.

The pandemic’s first and second waves killed 37 people in Arakan State, with the third-wave death toll rising to 41 as of July 18, according to the state’s Department of Public Health (DPH).

“Six more virus cases were reported yesterday and the fatalities from the virus have reached 41. I want all the people to take care of themselves because the death toll from the virus is rising,” said Dr. Soe Win Paing, assistant director of the DPH.

Cases of the virus have been reported across all 17 Arakan State townships since the third wave began in late May. As of July 18, confirmed deaths attributed to Covid-19 totalled seven each in Sittwe and Thandwe townships; one each in Mrauk-U, Gwa and Rathedaung townships; three in Kyaukphyu Township; 15 in Taungup Township; and six in Maungdaw Township.

A confirmed coronavirus patient died in Arakan State’s Manaung Township on Monday morning, according to Dr. Oo Saw Min, medical superintendent of the township hospital, bringing the statewide death toll to at least 42.

Saw San Nyein Thu, chairwoman of the Rakhine Women’s Initiative Organization (RWIO), said the increase in deaths was due to the virus’s rapid spread, a lack of precautionary measures by the authorities, poor public compliance with Covid-19 regulations and an overwhelmed healthcare system.

Since the fresh wave of coronavirus hit Myanmar, Arakan State had reported 1,436 cases and 41 deaths as of July 18.

Quarantine centres have been set up to house visitors to Arakan State from stay-at-home townships, according to the Arakan State Administration Council.