50,000 IDPs in Arakan State slated to receive Covid vaccine in upcoming round of jabs 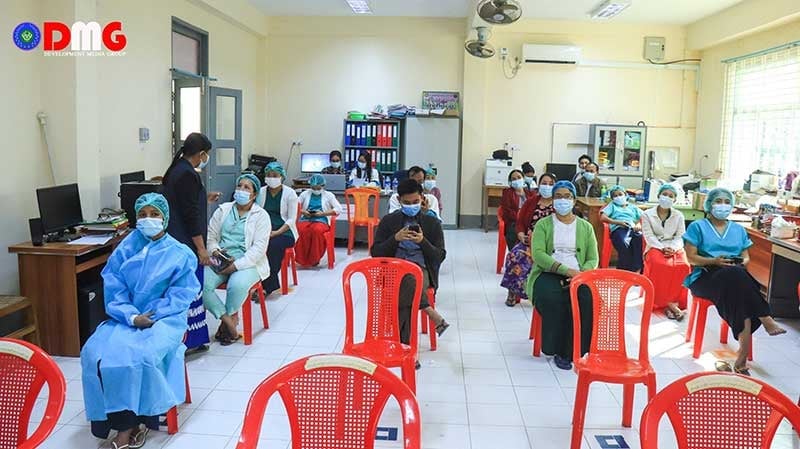 As many as 50,000 displaced people from Arakanese and Muslim IDP camps in Arakan State will be vaccinated against Covid-19, a member of the Arakan State military council told DMG on Saturday.

This upcoming week, Arakan State’s Department of Public Health will begin administering second doses of the vaccine to more than 90,000 people who were part of the first large-scale vaccination drive under the military regime that seized power on February 1.

“Some IDPs were vaccinated with the first dose, so they will get the second shot very soon,” U Hla Then said.

Ko Zaw Zaw Tun, secretary of the Rakhine Ethnics Congress (REC), said inoculating at IDP camps was a good initiative, adding that he welcomed the inclusion of Muslim displacement camps in the vaccination campaign.

“If the vaccination is for 30,000 IDPs, it will work [in preventing the virus’s spread] to some extent. I think it is good for IDPs to vaccinate,” he said.