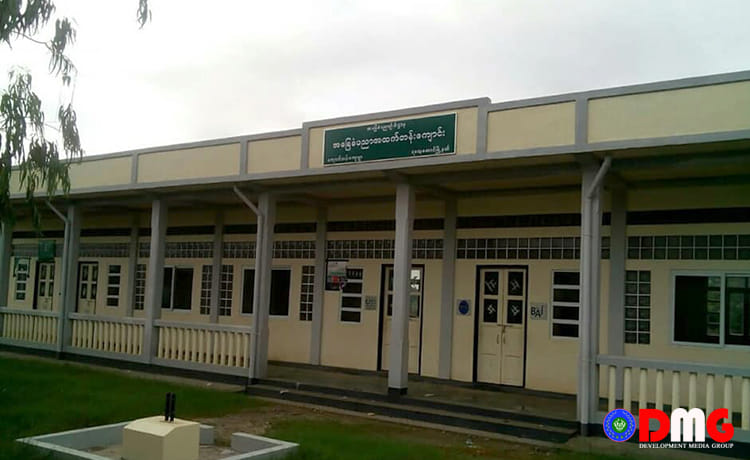 Dr. Tun Tun Thein, deputy director of the Arakan State Education Office, said reports about the reopening of basic education schools on October 1 were untrue, and that instructions had not yet been issued to reopen the schools.

“We have been instructed to close schools temporarily, but no instructions have been received yet” on a future reopening, he told DMG. “We have also alerted officials at all schools, but we have not been told when schools will reopen.”

He added that the Department of Basic Education has instructed that school cleanups be undertaken so that the facilities are ready when they are eventually given the go-ahead to reopen.

Ma Nyo Nyo Hsan, a high school student in Pauktaw Township, Arakan State, said students were suffering because of the prolonged closure of the schools.

“We will not be able to go to school for two years,” she added, offering a grim prediction of when classes might resume. “We have to go back to the lessons and study from the beginning. On the other hand, we are getting older. Now it is worse because we do not know exactly when the schools will open.”

Public schools have been temporarily shuttered twice during the pandemic, first due to the virus’s second wave in August 2020, and again as the third wave of Covid-19 hit in mid-2021.

What’s more, some students in Arakan State were unable to attend school at various points in 2019 due to heavy fighting between the Myanmar military and the Arakan Army (AA).

Some parents have told DMG that if schools reopen this year, they will send their children to class despite the potential health risks because students have been kept away from the classroom for so long.

Basic education schools have been closed since July 9, 2021.