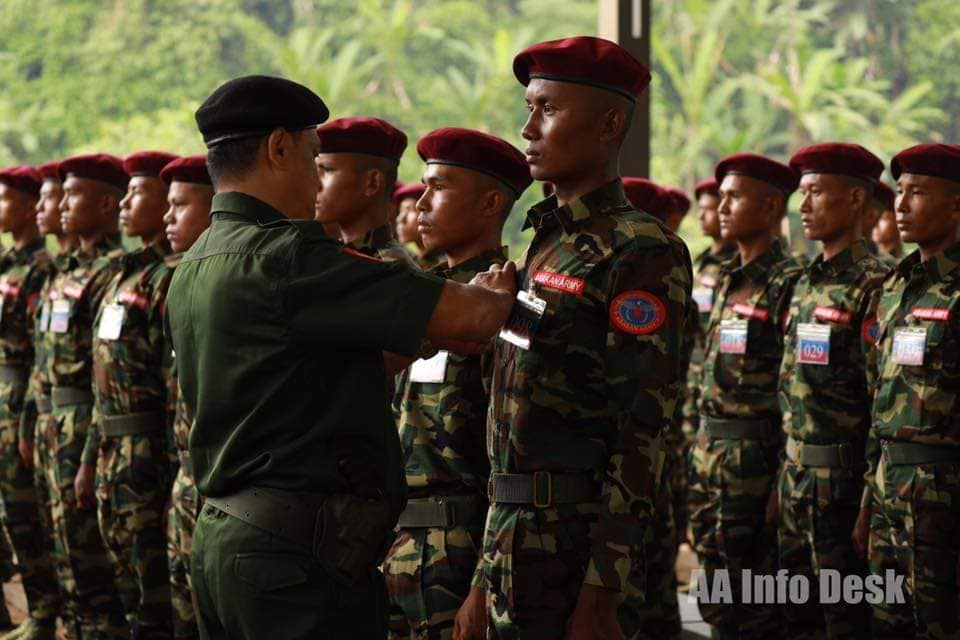 Marking the sixth anniversary of the signing of the Nationwide Ceasefire Agreement (NCA) on October 15, Myanmar’s military regime announced that it was dropping charges against 114 people arrested on suspicion of having illegal ties to ethnic armed groups, including both NCA signatories and non-signatories.

Among the cases closed, there are 61 individuals allegedly tied to the Arakan Army (AA); 23 similarly linked to the Kachin Independence Army (KIA); 12 involving the Restoration Council of Shan State/Shan State Army (RCSS/SSA); 11 from the Ta’ang National Liberation Army (TNLA); and five from the Shan State Progressive Party/Shan State Army (SSPP/SSA), among others.

The military council has announced that all cases against these individuals will be closed and the accused acquitted.

U Hla Thein, a spokesman for the Arakan State Administration Council, told DMG that he could not comment on the junta’s statement because he did not know about it.

The Myanmar military has undertaken a process of withdrawing some terrorism charges in Arakan State following its decision to remove the United League of Arakan/Arakan Army (ULA/AA) from its list of officially designated terrorist groups.

Still, more than 160 people arrested and charged under the Counter-Terrorism Law for alleged AA affiliations have yet to be released, according to Arakan State civil society organisations.